When he was eight, Matthew Syed’s parents bought him and his big brother a full-size table tennis table. Fortunately, the family had a garage which was big enough to fit both the Super Deluxe 1000 and the increasingly competitive boys. Having a table and a big brother were just a couple of the advantages that Matthew enjoyed on his path to becoming a British table tennis champion.

Once he got to the top, Matthew soaked up the assessment that he was born with skills and talent others weren’t. But, as he got older, he reflected on why he’d progressed so far and he concluded that, with the advantages he’d enjoyed, he should have been one of the best players in England. 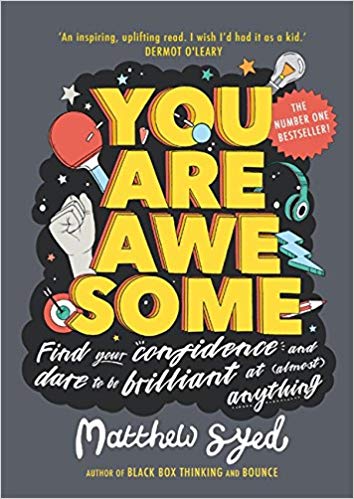 You Are Awesome by Matthew Syed

Because among the other cards to fall in Matthew’s favour were attending Aldryngton Primary School, where Peter Charters was a fanatical table tennis coach. Peter not only encouraged the Syed brothers to play at school but linked them up with the Omega club in Reading, which was soon dominating the sport in the country.

Another huge bonus for Matthew was when an English girl married ‘one of the greatest players in the history of the sport’ and Chen Xinhua moved from China to England. Chen started coaching a teenage Matthew and introduced him to ‘multi-ball’ workouts which completely reset his view of practice.

How different it all might have been, though. Had the Syed’s lived one house over, the kids would have been zoned to a different primary school and the chain of events that got set off may never have occurred.

As an award-winning sports writer for The Times, Matthew did a cracking job of articulating his experiences – and what he’d learnt from them – in his book Bounce (2010). He spoke of the myth of talent and the power of practice. He used some of the biggest names in sport, as well as the likes of Mozart and Picasso, as examples and the book found a big audience.

This year, Matthew took lessons from Bounce and his other books and wrote You Are Awesome. It’s for kids (and their parents) and it’s designed to challenge the beliefs that hold us all back. As Matthew writes: “Whatever you want to be awesome at, this book is here with strategies, hints and tips to fulfilling your potential and making it happen.” 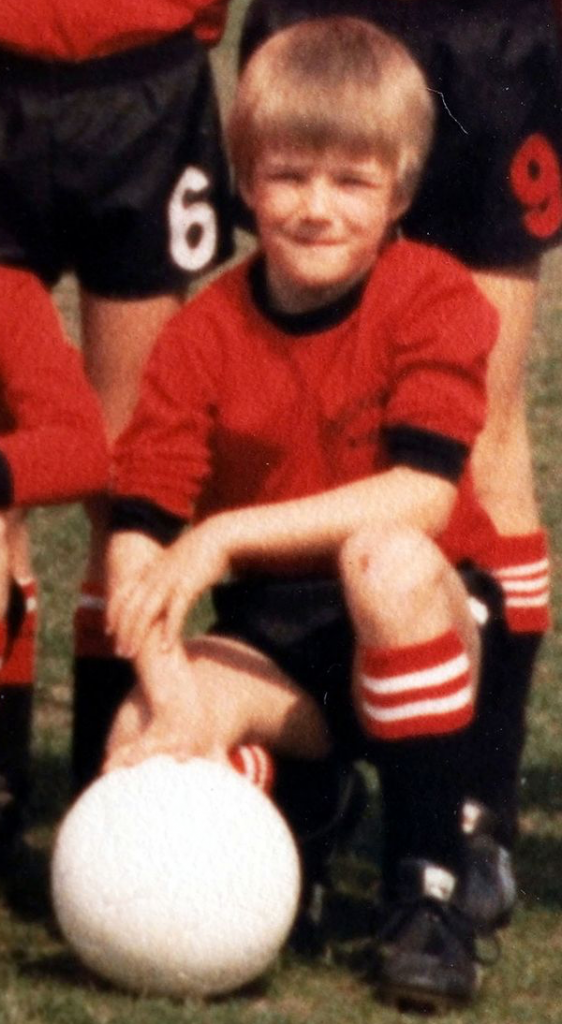 I’m not eight, but I’m reading the book with an eight-year-old. Time will tell if it plants some special seeds around overcoming setbacks and working hard to achieve what’s important. But, like Bounce, You Are Awesome showcases the practice that everyday people, like a young David Beckham, put in to eventually make their free kicks more accurate and bendy than the rest of ours.

For example, David’s mum, Sandra, explains that when David was seven he could do three keepie uppies. But he wanted more. “I was amazed at how devoted he was,” she said. “He would start when he got back from school and then continue until his dad got home from work. Then they would go down to the park to practice some more. He was such an amazing kid when it came to his appetite for work.”

The work of Matthew Syed is now being recognised around the world. He has published a number of books for grown-ups, has his regular column in The Times, and also has a BBC Radio 5 Live podcast called Flintoff, Savage and the Ping Pong Guy (as pictured above). If you work in high-performance sport, or just wish to do some stuff better, you and your kids might appreciate checking his offerings out.

Caley Wilson is a former media manager of the New Zealand rugby league team and the Northern Mystics netball side. He is a co-founder of Blinder.